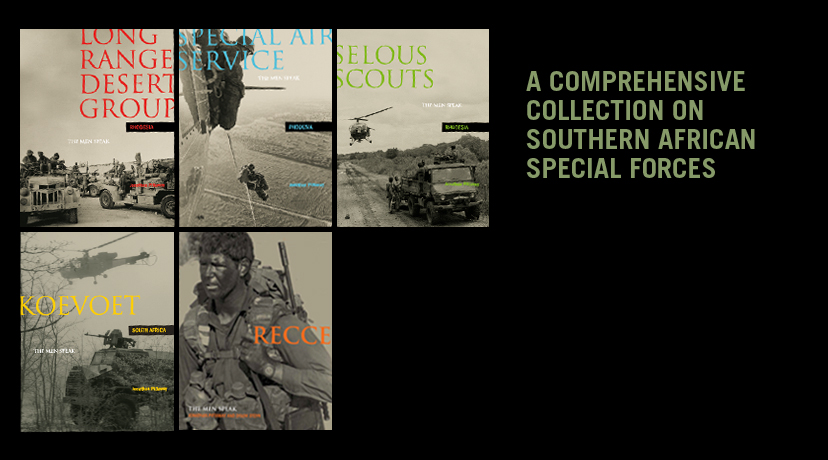 This unique collection provides an unusual insight into Special Forces activities with an Africa connection during the 20th century. Not only are the books scrupulously researched and documented, what sets them apart is that they give a voice to the fighting men on the ground.

was published in 2002 and its enthusiastic reception

meant that many others came forward with stories to tell,

confident that they would be given a platform with integrity

and credibility. Subsequent books were the result of a

natural progression as the pioneering work of Stirling’s

SAS in North Africa laid the foundation for later